A late night drag racing on the notorious B1 road in Windhoek, Namibia has claimed the lives of three young men early Saturday, July 17, 2020.

Police say the trio, Francois Lottering, and brothers Vernon and Mark Korner were travelling in a Polo GTI and hit a bridge pillar killing them instantly.

Spokesperson for the Namibian Police, Kauna Shikwambi on Saturday said that three men were allegedly seen earlier at the popular nightclub, Club London in the posh suburb, Properita.

“They were later seen speeding as they were racing with an unknown man driving an Audi. During the racing, the driver, Loitering, lost control of the vehicle on the B1 road under the bridge of the Katatura and Central Hospital.

He hit a pillar of the bridge and the car overturned killing them instantly. A case of culpable homicide is currently being investigated by the police, National Telegraph has confirmed.

Namibia has relaxed most of the regulations that resulted in Clubs and shebeens being allowed to operate while maintaining social distancing and compulsory wearing of masks. 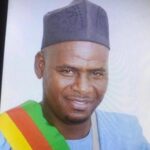 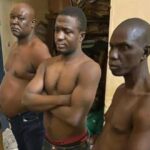 Three Arrested In Cameroon’s Littoral Region For Killing A Gendarme Over 100F CFA.

She Looks Like An Ethiopian Airlines Hostess But Was Buried In Donga Mantung!