A group of lawyers defending detained Anglophone Leaders that have shown up at a Military Court in Cameroon’s capital Yaoundé has remained stranded for several hours, eyewitnesses have said. Reports say, as at 2:30 PM, Thursday, January 10, 2019, the court had not started neither had Sisiku et alia been presented.

Sisiku Ayuk Tabe Julius, now referred to by majority of residents of the two English-speaking regions of Cameroon as President of the Federal Republic of Ambazonia alongside 9 of his compatriots are facing charges of Terrorism, Non-possession of I’d cards, amongst others.

The ten were arrested at Nera Hotel Abuja, Nigeria on Friday January 5, 2018 and extradited to Yaoundé, an action that has been described as illegal on both the parts of the Nigerian and Cameroonian Governments. Many Lawyers, including Barrister Adbul Oroh from Nigeria have been captured in picture at the military court but the Judge and Defendants are yet to appear. 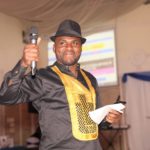