A top Liberian activist who led a recent protest against President George Weah’s regime has been arrested. Henry Pedro Costa who’s also Chairman of the Council of Patriots, a Liberian pressure group pressing for change in the West African country was arrested at the Sierra Leone Lungi Airport, late Tuesday, January 14, 2020.

Last week, Costa made a statement at the LIS headquarters in Monrovia, capital of Liberia on how he obtained the Laisser Passer (travel documents) along with his lawyer Cllr. Findey Kargar who promised to turn Costa in whenever he’s needed by the LIS for further questioning.

Costa is pleading with the Sierra Leonean Government not to send him back to Liberia, citing possible execution by Liberian authorities. “I will be killed if Sierra Leone returns me to Liberia,” Costa said.

Costa had earlier traveled through Freetown, capital of Sierra Leone to book a flight to Istanbul, Turkey then to the US, where he was informed by immigration officers that they have received a call from the Government of Liberia not to allow him to leave.

He was then escorted by police officers to the police station in Lungi, a small coastal town in Port Loko District in the Northern Province of Sierra Leone. In the meantime, Costa has posted on his Facebook page urging his supporters and friends not to be worried about his present state.

“Don’t worry I will be okay. The Sierra Leone authorities are being very professional, they are very nice to me. I posted this myself because they allow me to use my phone. It will be resolved.”, said Costa.

Costa landed at the Robert International Airport ( RIA), in Harbel, a town in Margibi County, Liberia, Thursday, December 19, 2019, amidst speculations he will be arrested to lead a December 30, protest to demand President Weah resigns.

Costa’s radio, Roots F.M 107.2 was shutdown but using social media from his base in Delaware, USA, he set an agenda for millions of Liberians, exposed government delinquency and set up a stage for a protest to demand Weah resigns.

On January 6, 2020, the protest finally held and thousands of Liberians stormed the street against President George Weah’s will. The Weah administration has come under fierce criticisms in recent times with complaints of extreme economic hardship. Banks are running dry and families and businesses can barely survive.

One Dies From Mob Justice In Cameroon’s Littoral. 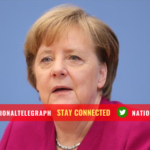