Liberia’s Education Ministry said, Saturday, December 14, 2019, it has ordered all public schools closed down as of December 13, 2019. In the release, the Ministry insists the decision takes immediate effect.

The Ministry is closing down schools five days before the official school calendar. Schools were normally supposed to be closed for this session on Friday, December 20, 2019.

The Ministry, however, says it’s cognisant of the missing days, adding the missing days will be added when schools resume January 3, 2020, for 3rd, 4th and 5th periods respectively.

The Ministry furthered that the decision is in the protection of the interest of students and children who will be adversely affected the stay away action. The release also says there’s fear of any risk on students and children in the event of any unforeseen situations counterproductive to peace.

The effect of closing public schools pundits say isn’t in Monrovia but in various counties, adding that inasmuch as the Ministry is to protect the interest of students and ensure students’ wellbeing the ministry has no option but to close down public schools in order to settle this matter with teachers.

For the past five (5) months government teachers have not received salaries, the reason why they’ve decided to stay home without going to teach especially for this Christmas season, sources say.

The Ministry’s action will negatively affect students and teachers in public schools. Students in private schools will be far ahead of those of public schools because they are still in school completing their 1st Semester curriculum.

Liberian schools are run in two semesters: 1st and 2nd semester. The 1st semester runs from September to December while the 2nd period runs from January to July each year.

Every year, public schools/government schools receive hundreds of students and most of the public schools run three sessions morning, afternoon and night. 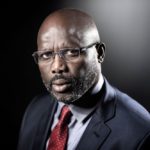 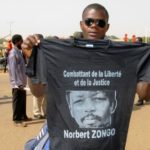