Liberia’s President George Manneh Weah has withdrawn the nomination of a Nigerian-born as chairman of the National Election Commission (NEC), National Telegraph can confirm.

Cllr. A. Ndubusi Nwabudike was designated to serve as NEC Chairman. The nomination of Cllr. Edwin K. Martin to serve as chairperson of the Liberia Anti-Corruption Commission (LACC) was also withdrawn.

Liberia will hold elections in 2023 and there were fears a die-hard to the President at the NEC can greatly influence results. Cllr. A. Ndubusi Nwabudike was nominated on March 21, 2020.

In a letter sent to the Senate Pro-Tempore on April 2, 2020, by President Weah, after several debates on Cllr. Nwabudike on how he became a naturalized citizen, his credibility, his nomination was finally withdrawn.

Before his nomination,  Cllr. Nwabudike served illegally as chairman of the Liberian Anti-Corruption Commission (LACC), and The Governance Commission (GAC) for a year without being confirmed by the Liberian senate.

Cllr. Nwabudike told Senators during his confirmation hearing that he became a naturalized Liberian in 1982 when he was 17. But, according to legal scholars, it is in violation of Section 21.3 of the country’s Alien and Naturalization Law.

According to Section 21.3 of the country’s Alien and Naturalization Law, “no person shall file a petition for naturalization unless he/she shall obtain the age of 21 years.”

Nwabudike refused and maintained that his naturalization was legal, adding in his application process, the court requires him to bring parental consent since he was minor and an adult also to take the oath, which he did.

Leymah Roberta Gbowee, a 2011 Nobel Peace Prize winner, during an outing early this week, asked President George Weah to withdraw the nomination of Cllr. A. Ndubusi Nwabudike as chairman of the (NEC), a naturalized Liberian and a born-Nigerian. 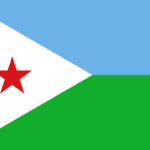 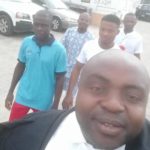