It would appear George Manneh Oppong Weah, former professional footballer currently 25th President of Liberia must have invoked some of his football tactics into his Presidency.

Weah has been heavily criticised in recent times for a snail-paced economic growth. As a matter of fact, the country has gone broke to the extent that even mobile money is not giving money out to customers.

Henry P. Costa a popular Liberian Radio Talk Show host who has the majority support of the citizens especially the youths as demonstrated by a June 7 protest during which thousands of Liberians took to the streets of Monrovia to petition the Government on several national issues is spearheading the December 30 Weah Ste-down campaign.

President George Weah took steps to foil the protest or at least reduce the turnout. He immediately asked lawmakers to return from their annual break to report at the Capitol Building (where lawmakers hold sessions) to respond to urgent matters of state, including approval for the printing of new banknotes.

Just before this, most likely an underground move from President Weah was the Montserrado County Student Union Press Conference in Northwestern Liberia. It condemned the planned step-down campaign.

Speaking at a news conference, Wednesday, December 4, 2019, at the Barnes Foundation School in Lakpazee, Sinkor in Monrovia metropolitan area, Montserrado County Student Union’s President, Ibrahim M. Baldee termed the protest as unconstitutional, adding it has the power to disturb the peace and security of the West African country.

The move from the Union comes just when Justice Minister, Frank Musah Dean in a letter, Monday, December 2, 2019, stated the step-down campaign is not in accordance with the Constitution of Liberia, saying Weah can only be removed from office by impeachment as provided under Article 62.

According to parliamentary proceedings, when a member of either house affixed signatures on a Resolution, such resolution resounds on the plenary agenda for discussion and previous approval, the house banking, and currency committee is expected to report the resolution of endorsement to plenary for finalization on the authorization of printing new banknotes.

“Resolution for endorsement of printing new banknotes was done before October and denomination for 1,000 and 500 will be excluded  and when the money is going to be printed was put in the resolution, Central Bank of Liberia (CBL) should bring a sample of the security feature and texture before the authorization can be made.” , he said.

Article 34 of the 1986 Constitution says, the legislature shall have the power to issue currency and give a specific location and no money shall be printed without the authorization of the Legislature. The resolution allowed the printing of L$30 Billion instead of L$35 billion that was recommended by the President, National Telegraph has gathered.

Pundits say the only way the government can stop the December 30 Weah Step-down Campaign is to print new banknotes in order to pay civil servants, adding the Weah administration is doing everything in their possible best to stop the protest. The big question still remains; “Will the printing of new banknotes solve the problem?” 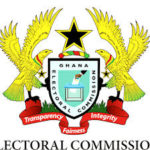 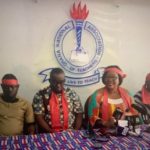