Godlove and friend were on board a vehicle, running at breakneck speed from Bobende still in Limbe II, eyewitnesses told National Telegraph. Other beholders acknowledged motor bike riders went after the rushing car in an attempt to influence the driver to reduce speed as the car passed through Isokolo New Road to no avail.

The two bikers later retreated while the speeding car embarked on the deadly mission. According to an eyewitness, the driver on approaching Cite Sic in front of a stadium at Middle Farms, a popular precinct in Limbe, tried to gradually halt the vehicle all in futility.

City dwellers said he had no option than to divert the vehicle, crushing over a dozen of shrubs which served as flower fence to a CDC official’s compound. It was at this point, that Ntuh Godlove died on the spot after loosing much blood from his head that had been injured, an eyewitness said. Friends and family members who showed up were all shocked on seeing Godlove lying down in his own blood.

The driver of the damaged car was taken to the Limbe Central Police Station for questioning. While others are attributing the incident to rituals, others blamed it on the driver, accusing him of excessive consumption of alcohol that led to overspeeding. 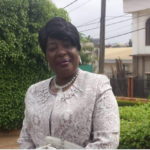 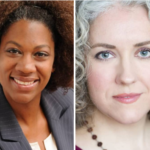