National Telegraph has Wednesday, December 4, 2019, obtained a complete list of 37 asylum seekers abducted in the West African country of Nigeria on December 31, 2017, and illegally deported to Cameroon in Central Africa.

The 37 will appear Thursday, December 5, 2019, before the military court in Yaounde, the capital city of Cameroon where they will be facing charges of Terrorism, Acts of Terrorism, Secessionists, Lack of National Identification Cards, National Telegraph has confirmed.

The accused spent a year incommunicado in the bunkers of the National Gendarmerie Headquarters in SED without access to sunlight, no medical attention while undergoing torture, sources say.

A source described the situation as abducted and illegally deported to Yaounde on January 26, 2018, and later transferred to the Kondengui Central Prison, a high-security detention facility in the country’s capital.

Since January 4, 2019, when they were transferred to Kondengui, reports confirmed they have spent an extra year, making two years of unlawful detention without trial.

Thursday’s appearance before the Military Court in Yaounde – will be their third. Rights group think it’s about time the government of Cameroon ordered their release especially as the Federal High Court in Abuja, Nigeria had passed a judgment ordering the 37 be returned to Nigeria where they were seeking asylum. 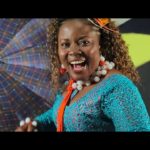 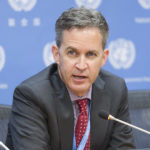