Home » List Of Top African Universities Is Out, South Africa Tops, This Is Cameroon’s Position…

University of Cape Town (UCT) in South Africa has been ranked as the best African University and 268th globally, according to the latest 2020-2021 ranking by Centre of World University Ranking (CWUR)

CWUR is a global university ranking that measures the quality of education and training of students as well as the prestige of faculty members and the quality of their research without relying on surveys and university data submissions.

The rankings will officially be released on June 8, 2020 according to sources who spoke to National Telegraph.

UCT is followed by other five South African universities in the sequence with only Ain Shams University of Egypt on 6th position.

“I have received a congratulatory message from the President of CWUR about Makerere ranking among the top 4.7% of the 20000 universities ranked. Makerere University has remained the leading university in East Africa and among the Top 10 in Africa,” Prof Barnabas Nawangwe the Vice-Chancellor of Makerere posted on Facebook.

Only four universities from Eastern Africa made it to best 30 while Western Africa scooped three.

The University of Yaoundé in Cameroon scooped 18th position in Africa. It’s the only University that made it to the top 30 in Central Africa.

There’re two Yaounde universities; Yaounde I and Yaounde II. CWUR however didn’t specify which in its ranking. It only said the University of Yaounde.

The University of Cape Town has been on top of the game for a long time in Africa. Last year, Times Higher Ranking scooped the first position in Africa. 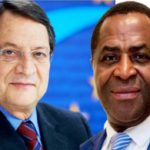 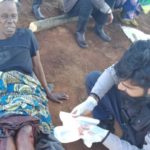