War Resisters’ International, headquartered in London, an international anti-war organisation with members and affiliates in over 30 countries has highlighted the plight of Cameroon’s separatist leader, Sisiku Ayuk Tabe Julius, National Telegraph has confirmed.

The leader of the Anglophone separatist movement and 9 other detainees are serving life sentences at the Kondengui Principal Prison, a high-security detention facility in Yaoundé, capital of the Central African country.

Posting on Twitter with a banner of Ayuk Tabe’s picture, War Resisters’ International noted “On this Prisoners for Peace Day (1st December), we feature our affiliate @apocsnet‘s work and encourage our followers to write to Ambazonian prisoners of conscience, alongside other prisoners for peace and conscience”

The organisation has condemned what it described as the illegal arrest and return to Cameroon by Nigerian authorities of Ayuk Tabe and others, calling on the Cameroonian authorities to stop the travesty of Justice and free Ayuk Tabe and all other “Ambazonain Prisoners” held within the context of the Anglophone crisis.

While celebrating Prisoners for Peace Day, War Resisters’ International said for over 60 years, it has made known the names and stories of those imprisoned because of their actions for peace, adding many are conscientious objectors, in gaol for refusing to join the military. Others have taken nonviolent actions to disrupt preparation for war.

The organization also furthers that; “This day is a chance for you to demonstrate your support for those individuals and their movements, by writing to those whose freedom has been taken away from them because of their work for peace.”

Sisiku Ayuk Tabe Julius, referred to as the President of the Interim Government of the Federal Republic of Ambazonia, an outlawed government fighting for the restoration of the statehood of former British Cameroon and eleven others were arrested in Nera, a hotel in Abuja, Nigeria on Friday, January 5, 2018.

Ten of them would later be extradited to Yaoundé, an act that has been described as a bootleg. They’re accused of fueling the armed conflict that has broken out in the two English-speaking regions. They’ve all denounced their Cameroonian Nationality, insisting that they’re of Southern Cameroons aka Ambazonia, a self-proclaimed new nation.

The Central African country has for over three years now seen its two English-speaking regions hit by an armed conflict with a demand by the majority of Anglophones in the North West and South West for a separate state called Ambazonia. The crisis has led to thousands of deaths, torching hundreds of villages, millions of displaced people and thousands of political prisoners. 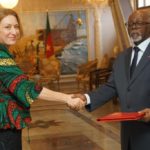 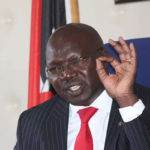