The President of The Gambia, Adama Barrow has been urged to declare a state of emergency, National Telegraph can confirm.

A former special adviser to the Gambian Presidency, Mai Fatty said a state of emergency would aid in the full implementation of self-isolation policies to fight against COVID-19, but cautioned it should be done in compliance with the country’s lawmakers.

“Mandatory restriction of movement is ideal but unconstitutional without a proper legal foundation. A state of emergency will allow the government wide latitude to implement measures akin to wartime responsibilities or pervasive breakdown of law and order. It will enable the State to have its cake and eat it, no other way,” Fatty stated.

He also added that any administrative act enacted by the government must be supervised under law-abiding policies. “We are calling for calculated, decisive action but not at the risk of violating the Constitution. It is possible to introduce far-reaching measures that are both effective and enforceable and doing so in consonance with the law,” he said.

Fatty also said the government has full support in dealing with this emergency, adding that any measure that is at variance with the law constitutes an aberration that won’t be countenanced.

“I commend the Government for the initiatives thus far. Yet we are not doing enough. President Barrow, work with the National Assembly and declare a State of Emergency without delay. Impose a sensible curfew regime with other effective measures to enforce new public health directives,” he said.

The statement also urged the president to deploy microscopic monitoring of the 500 million Dalasi emergency fund and ensure prudent spending to curb the novel Coronavirus pandemic.

We shouldn’t wait for more fatalities. With the typical nature of Gambian society, we need a more measured response and utter decisiveness. This is a time for bold leadership. Act Mr. President. Declare a State of Emergency. Impose a sensible curfew that is both realistic and enforceable. This is a time when citizens must be protected against themselves,” Fatty argued.

Speaking further, Fatty lamented that proposed measures by the government might not be law-abiding because they infringe on entrenched clauses.

“You cannot enforce the closure of markets, or places of worship or congregational prayers without a governing legal authority. That is ultra vires and unconstitutional. You cannot legally punish its violation,” he stated.

Mai Fatty who also served as the Minister of the Interior under Adama Barrow went on that “The State must invoke a law to do so, and a state of emergency will grant sweeping powers to the government to do that and more.” 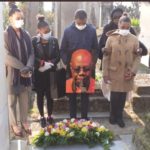 African Saxophone Luminary Who Died Of COVID-19 Buried In Seclusion. 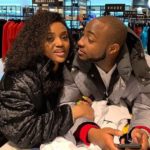