A resident of Middletown in Frederick County, Maryland, USA would appear in court in six weeks to answer four charges related to a Guinea Pig. Scott Thomas Mackey, 33 was in December of 2018 charged with unnatural sex practice with an animal, intentionally torturing an animal, intentional cruelty to an animal and inflicting unnecessary suffering to an animal. National Telegraph has gathered that investigation was opened since Sunday, December 2, 2018.

Reports say animal control officers and Frederick County sheriff’s deputies went to Riverview Plaza Parking Lot in the 5400 block of Urbana Pike where the crime is said to have been committed. According to information from the court, the accused was sitting in his green Volkswagen Jetta with white animal hair on his shirt and pants when officers arrived and quickly took custody of the Juvenile Male Guinea Pig that he had just adopted from the nearby PetSmart.

An eyewitness who called 911 said apart from bending and contorting the animal, Mackey repeatedly strike the animal and force his finger into its rectum. “The rapidness of the movements and the contortionist positions, bending, squeezing, touching and inserting of finger in the reproductive area were horrible to witness,” she added. She then sealed it with cellphone video of the alleged abuse, National Telegraph has learned.

Mackey has been served to appear in court on Tuesday February 26, 2019. He has however denied any wrongdoing, stating that he was only trying to help the animal. Describing himself as a conscientious pet owner, Mackey said he only decided to get the Guinea Pig as a pet after careful research. Mackey said he was looking the animal over when he noticed it was suffering from an impaction, a condition in which fecal matter is found in the animal’s colon.

“You’re supposed to do a general health check once a month, and you’re supposed to check their genital region because they can get an impaction,” he said. He added that he was only trying to make sure the Guinea Pig was doing fine giving that he had just gotten it. You’re supposed to clean that area regularly, and I noticed that it hadn’t been done in a long time, he noted.

However, Mr Gravy, as the Guinea Pig is called according to adoption paperwork has been confirmed after examination by an emergency veterinarian, to have suffered an injury in its rectum, validating the witness’ account. Although the accused denied all charges, Sgt. Dave Luckenbaugh, a county animal control supervisor said there are enough evidences to press for Justice for Mr Gravy.

A visit by the animal control officials and sheriff’s deputies to Mackey’s home at 8100 of Hollow Road on December 17, 2018 revealed the other animals living with Mackey were all healthy and happy. While the accused insisted that he grew up with pets and animals his entire life and I would never hurt them, he voluntarily relinquished ownership of the Guinea Pig before investigators left his home. National Telegraph gathered that Mr Gravy has been handed over to the county’s rescue agency. 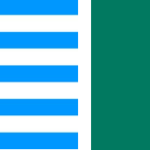 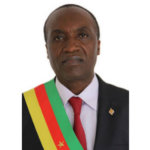 All Roads Lead To London!