Ngobi confessed to having used petrol and paraffin to burn three churches arising from his persistent condition of living in poverty despite the church’s declarations of prosperity preaching.

He said he was taking revenge on the churches for preaching the prosperity gospel yet he was living in poverty. “I have burnt these churches because of anger arising from the fact that these churches preach about prosperity but I have remained poor all throughout,” Ngobi said.

“The poverty situation motivated me to buy two liters of petrol and one of the paraffin which I used to burn these respective churches,” Ngobi said.

After burning the church, Ngobi reported himself to the police of the Kira Division armed with three new knives. Ngobi, while speaking to police said before going to churches, he bought three new knives for protection and self-defense in case people retaliated against him.

The deputy spokesperson for Kampala Metropolitan, Luke Owoyesigire said Ngobi who brought himself to police has been charged with arson and is still under detention.

According to a police report, Ngobi broke the church windows to enter into churches, collected the church items before setting them ablaze.

On Tuesday, March 17, 2020, Luke while addressing the press said after subjecting Ngobi to medical checkup, he was surprisingly found out to be mentally stable. 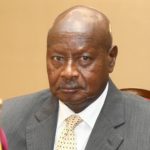 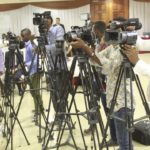