A Somali journalist, Mohammed Abdiwahab Nur, commonly known as Abuuja has been set free after the military court ruled that he’s not guilty.

The Editor of Hiigsi Radio was arrested on February 29, 2020 and has been in detention for about 5 months. He was later released on March 2, 2020 without charge but was re-arrested by NISA on 7 March 2020 and held incommunicado without access to family and lawyers.

On June 7 Journalist Mohamed Abdiwahab Abuuja appeared at military court in Mogadishu the court ordered the journalist to be transferred to Mogadishu Central Prison where he was being held.

He has been accused on accounts of alleged involvement in terror. However, on Wednesday August 5, 2020, Military court Chief prosecutor, Col Hassan Ali Nur Shute announced Abuuja’s verdict, which has proven Abuuja not guilty.

“After a long investigation and closely listening the allegations made by prosecutor and also legal responses of defending lawyers, the court rules today that the journalist Mohamed Abdiwahab Nur (Abuuja) is not guilty at all and not involved in the crimes he was alleged. Therefore, the court affirms his innocence, orders for immediate release,” Col Hassan ruled.

Abuuja while speaking to press appreciated the court for fair judgement. He also appreciated the press for tireless efforts while advocating for his release from illegal detention.

“I am so glad today that the court today proved my innocence and freed me from jail. I would like to thank all the national and the International media groups who have stood by my side in the difficult times during the arbitrary and illegal detention. Let justice prevail,” Abuuja said after he was released.

The Secretary General of the Federation of Somali Journalists (FESOJ), Mohamed Ibrahim Moalimuu had no kind words to the people who were against their stand of advocating for the release of Abuuja.

“FESOL asserts that it will demand for adequate compensation of Abuuja for his long five months arbitrary detention on baseless allegations,” FESOJ’s SG said in a statement. 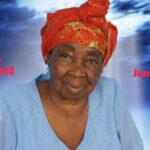 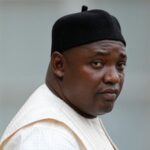