The Moroccan Ambassador to Ghana is reportedly in big trouble following complaints of sexual assaults. Mohamed Farahat would now have to answer against an allegation that is likely to destroy his career.

Jemimah Flintwood-Brace who worked as a local agent at the Embassy, resigned after accusing the Diplomat. Flintwood-Brace said in her resignation letter she had resigned owing to the fact that she could not deal with the stress that came with being sexually harassed.

It is rather unfortunate that the person we should be able to seek refuge in when we are harassed sexually by our colleagues at the Embassy is the one who is involved in such an unprincipled act. I will not allow the stress that comes with being sexually harassed be a part of my life. Nothing is worth more than my mental wellbeing and peace of mind.

I will forever be grateful for the valuable experience I have earned while working at the Embassy of the Kingdom of Morocco in Accra, Ghana”, the letter reads. Jemimah hopes her exposing the situation would save other employees from such menace.

A delegation from Morocco is already in Ghana since Thursday January 17, 2019 for a probe, a source at the Embassy has told National Telegraph. Our source said the delegation arrived Ghana after the victim filed a formal complaint at the Ministry of Foreign Affairs and International Cooperation in Rabat, Morocco.

In the January 4, 2019 complaint, Jemimah reportedly inscribed that the Ambassador tried buying her over by promising her better prospects for her career at the Embassy. Ambassador Mohamed Farahat has however refused any wrongdoing. 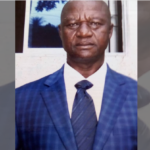 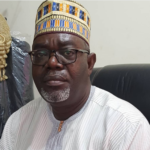 sad diplomats are doing this.