The killing of a Muslim Businessman in Wum, the headquarters of Menchum Division in Cameroon’s North West Region has sparked indignation amongst locals, sources have said.

Alhaji Balla a popular Muslim Businessman loved by the Christian and Muslim communities died in the bush where he was visiting his flock. Armed groups in the area fighting for the Restoration of the statehood of the former British Southern Cameroons have been accused of the act.

Married to four (4) wives with eleven (11) children, Balla is known to be very wealthy, living with his entire family in Wum. The deceased is also said to have traded in Gabon, after which he returned home a successful Businessman.

He has reportedly built a big house, bought cows and a big farm all of which have been generating huge sums of money, making him a powerful financial force to reckon with.

Armed groups fondly called Amba Boys have refuted the allegations, blaming it on the regular Cameroon army. On Friday January 18, 2019, local authorities in the precinct tried to calm down the situation.

The two English-speaking Regions of Cameroon have been described by some Diplomatic Missions in Yaounde, the country’s capital as Dead Zones since conflict broke out. The population has been rebelling in which majority wants a separate country called Ambazonia… 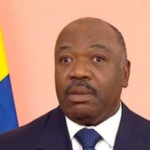 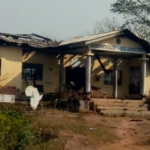