Whereas the refugees have been getting tangible humanitarian aid, empowering them has seemed to produce fruits. The refugees are entitled to getting food; beans, posho, cooking oil, and salt every month from the United Nations High Commission for Refugees.

The refugees in Rhino Camp refugee settlement in Arua District in the Northern part of Uganda are excited over the fair treatment they receive from nationals ever since they joined the same saving groups.

Rhino camp has mostly South Sudanese refugees. It is about 230.4 Km from Arua to Nimule South Sudan border with Uganda in the North.

Anna Awate, 20, a refugee from South Sudan who resides in Eden 1 in Rhino Camp refugee settlement said having joined the same training with the host members, the treatment of the nationals whom she shares the group with has over time improved.

Awate is a member of Azilava farmers group which operates a grinding machine. The machine deals in grinding maize, cassava, and sorghum, and most have more national customers.

Out of the 25 members, 13 members are Ugandan nationals while the remaining 12 are refugees. The group meets regularly to borrow and share money which is earned from the grinding machine.

“We relate easily and some of our members are involved in vegetable farming are offered land by the owners to cultivate in their land,” Awate said.

Awate said through savings, the members have been able to borrow money from the group to hire land which is given at a lower cost by the nationals especially with those in the group. The savings group includes half of the group with the refugees and nationals.

Azilava Farmers group is one of 204 group beneficiaries that received pieces of training on Village Savings and Loans Association (VSLA) in Rhino Camp and Bidibidi Refugee Settlements in West Nile in northern Uganda that was implemented by ZOA since 2017.

The training was funded by the European Union Trust Fund under the support program for refugees and host communities in northern Uganda. The program is set to end next year.

Godfrey Adama, the Project Coordinator, Livelihood and Agribusiness said over sh150 in terms of incentives was invested in peacebuilding and improving livelihood for both the refugees and host communities.

Jonathan Matata, the assistant settlement commandant for Rhino Camp refugee settlement in the Office of the Prime Minister said more efforts are needed to harmonise the relations in social service delivery, infrastructure use, and peaceful coexistence.

“The advocacy for 50/50 campaign should be emphasized, the host communities continue to blame the refugees of using their natural resources yet in most programs the hosts are not engaged,” Matata said.

Matata said there are complaints from nationals that refugees gain at the expense of nationals. Adama, however, said the groups that are formed in refugee camps have to have half of the members from the host community. 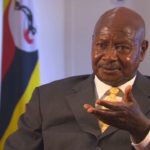 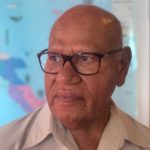