Half a billion people across the world are believed to have confined in their homes following the COVID-19 pandemic that roamed since December 2019.

Even clubs and spots were some would usually flood to sip liquors and spirits and gaze admiringly at some pulchritudinous brunettes are all closed.

The virus has swept everyone including high ranking and respected officials in the developed world and developing world.

The latest is in the United Kingdom, Secretary of State for Health and Social Care, Matt Hancock, whose country is trusted to provide timely treatment and vaccine that has troubled the world. He tweeted, Friday, March 27, 2020, that he tested COVID-19 positive. “Thankfully, my symptoms are mild, I am now working from home and self-isolating,” Matt tweeted.

The virus didn’t spare Boris Johnson, UK’s Prime Minister either. He also tweeted, Friday, March 27, a video of himself informing the world that he contracted the virus, saying he has mild symptoms.

“Over the last 24 hours, I have developed mild symptoms and tested positive for corona. I am now self-isolating but I will continue to lead the government’s response through video conference as we fight Coronavirus. Together we will beat this,” Boris Johnson tweeted.

Still, in the UK, the wave of the virus also peeped in the palace and landed on Charles, Prince of Wales, the heir apparent to the British throne and the eldest son of Queen Elizabeth II.

He has been Duke of Cornwall and Duke of Rothesay since 1952, and he is the oldest and longest-serving heir apparent in British history. On Wednesday, March 25, Prince Charles was announced to have tested positive and self-isolating in Scotland and is good health.

The wife to Canadian Prime Minister, Sophie Grégoire Trudeau on March 12 also could not kick Coronavirus bucket. She tested positive for the virus and was in self-isolation making Prime Minister Justin Trudeau tests the life of single fatherhood.

Joseph Kendrick Cunningham, an American lawyer, and politician who is a member of the United States House of Representatives from South Carolina’s 1st congressional district said Friday that he had tested positive for COVID-19.

Then to Brazil, the virus landed on Fabio Wajngarten, the press secretary for Brazilian President Jair Bolsonaro. He tested positive for Coronavirus on Thursday, just days after he met US President Donald Trump in Florida at a dinner Trump hosted at his Mar-a-Lago resort in Florida.

Also, the Chief of Staff to President Muhammadu Buhari of Nigeria, Abba Kyari tested positive for COVID-19 on Tuesday, March 24, as confirmed by the Nigerian Centre for Disease Control. Kyari had just returned from Germany where he went to negotiate a deal with Siemens AG.

The Vice President for Women and Family Affairs of Iran Massoumeh Ebtekar is also infected by the virus, National Telegraph has confirmed. She has been placed under domestic medical supervision.

The US Ambassador to the landlocked West African country of Burkina Faso also tested positive to the Coronavirus. Andrew Young said Sunday, March 22, 2020, that he has been tested positive to COVID-19. The diplomat however assured that services to US citizens are still going on.

Burkina Faso reported its first case of COVID-19 on March 9, 10 days after the first case in sub-Saharan Africa was announced in Nigeria on Feb 28. Just like the US diplomat, the Italian Ambassador to Burkina Faso, Andrea Romussi has also been infected.

María del Carmen Calvo Poyato, Deputy Prime Minister of Spain and Minister of the Presidency, Relations with the Cortes and Equality tested positive for coronavirus, the Spanish government said on Wednesday, March 25. The statement says she tested positive on Tuesday after she previously tested negative.

Albert II, the reigning Prince of Monaco and head of the princely house of Grimaldi also tested positive, a statement on Thursday, confirmed. The release also announced that there were “no concerns for his health”. The titular head of the Mediterranean enclave is continuing to work from his private apartments at the royal palace, the statement said.

Brazil’s national security advisor, Augusto Heleno tweeted, March 18, he has tested positive for coronavirus. The 72-year-old also said though he didn’t have any symptoms, he placed himself under quarantine at his home awaiting a second-test confirmation.

Poland’s Environment Minister Michal Wos tested positive for the novel coronavirus late Monday. Wos said in a tweet, Monday, March 16, that has been quarantined and his health condition is fine.

Randal Howard Paul is an American politician and physician serving as the junior United States Senator from Kentucky. Rand Paul as he’s also called was the first US Senator to test positive for Coronavirus, A statement from on his Twitter account on Sunday, March 22, 2020, when it was first confirmed said he was “feeling fine” and was “tested out of an abundance of caution.”

The Israeli Ambassador to Germany has tested positive, according to a statement from the Israeli Foreign Ministry, March 17. Reports say Jeremy Issacharoff contracted the virus after a meeting with a deputy from the Federal Assembly of Germany.

Alpha Barry is a Burkinabé politician and journalist. He is the Minister of Foreign Affairs since 12 January 2016. On March 20, he posted on his Twitter page he was positive. “The rumor has come true … I just got positive for COVID-19,” Barry said.

The Deputy Health Minister of Iran also tested positive. He then placed himself in isolation. Iraj Harirchi posted a video on social media on Tuesday confirming he had caught.

Appointed on January 31, 2018, by decree 2018-035, Pr Stanislas Ouaro current Minister of National Education and Literacy in Burkina Faso also tested positive. He is responsible for successfully leading the implementation of government policy in formal and non-formal education. He was officially installed in office on Monday 05 February 2018 by the secretary-general of the government.

The wife of the Spanish Prime Minister also tested positive late Saturday, March 14, 20220. Begoña Gómez and husband, Pedro Sanchez were both in good health and at their domicile in La Moncloa Palace in Madrid, official government residence following the instructions of medical authorities, a statement from the state indicates.

Nadine Vanessa Dorries was the first British politician to test positive on March 10. She’s Member of Parliament (MP) for Mid Bedfordshire and Health Minister for Patient Safety, Suicide Prevention and Mental Health. She confirmed when she noted; “But I will never know how I became infected with Covid-19, only that I am one of the first people in the country to have been identified who has not recently been abroad or been in close contact with someone who had returned from abroad.”

Peter Craig Dutton, Australian Liberal Party politician serving as Minister for Home Affairs, confirmed on Friday, March 13, 2020, he was infected. Minister Dutton said he woke up with a “temperature and sore throat”, adding that immediately contacted his local health department in Queensland.

Irene María Montero Gil, a member of the Spanish Podemos party currently serving as the Minister of Equality of Spain since 13 January 2020, also tested positive on March 15 and was put under quarantine along with her partner, Deputy Prime Minister Pablo Iglesias. “The #EscudoSocialCoronavirus is to protect workers, protect our economy and strengthen social services. 20% of GDP mobilized to protect our people. We move forward together,” she tweeted days after.

58-year-old Mario Rafael Díaz-Balart Caballero, Republican U.S. Representative for Florida’s 25th congressional district also tested positive, his office released a statement on March 18. “On Saturday evening, Congressman Diaz-Balart developed symptoms, including a fever and a headache. Just a short while ago, he was notified that he has tested positive for COVID-19,” the statement said.

Oumarou Idani, Burkinabé Minister of Mines and Quarries since 20 February 2017, also contracted the virus. The Minister developed symptoms after returning from a conference in Toronto, Canada, his communications team said in a statement on its Facebook page, Friday, March 20, 2020.

Pere Aragonès i Garcia, a Spanish lawyer, and politician from Catalonia, current Vice President and Minister of Economy and Finance of Catalonia in Northeastern Spain announced on March 15 that he had also tested positive for Coronavirus.

George Joseph “Mike” Kelly Jr. U.S. Republican Representative for Pennsylvania’s 16th congressional district also tested positive for the virus. “When I started experiencing mild flu-like symptoms earlier this week, I consulted my primary care physician. My doctor ordered a test for COVID-19, which I obtained at the drive-through testing site at Butler Memorial Hospital. My test came back positive this afternoon,” he said in a statement.

Michel Bernard Barnier is a French politician serving as the European Commission’s Head of Task Force for Relations with the United Kingdom since November 2019. He’s the European Union’s chief Brexit negotiator. He also confirmed in a tweet that he tested positive for the virus.

Friedrich Merz, a German lawyer and politician of the center-right Christian Democratic Union of Germany who served as a Member of the European Parliament 1989–1994, a member of the Bundestag 1994–2009, and as the chairman of CDU/CSU parliamentary group 2000–2002, tweeted, March 17, he had tested positive for Coronavirus and was under self-quarantine at home.

Benjamin Michael McAdams is an American politician serving as the U.S. Representative from Utah’s 4th congressional district since 2019. He is the only Democratic member of Utah’s congressional delegation and a member of the Blue Dog Coalition. Ben McAdams as he’s also called said that after developing symptoms on March 14, he consulted with his physician and was tested after his symptoms progressed and tested positive on Tuesday, March 17, 2020.

Francis Xavier Suarez is an American attorney and politician serving as the 43rd mayor of the city of Miami in the state of Florida. He confirmed on Friday, March 13, 2020, that he has contracted COVID-19. 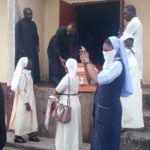 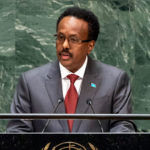