The National Human Rights Commission of The Gambia has called on authorities to investigate the attack on journalists which happened, Thursday, November 21, 2019, at the Janjanbureh – Lamin Koto ferry crossing point in Gambia’s Central River Division.

The abused include; three journalists from Kerr Fatou, The Gambia Talents Promotion, and Paradise Radio covering the President Adama Barrow’s ongoing nationwide tour. The journalists were reportedly attacked by members of the Barrow Youth for National Development.

In a statement signed by the chairman of the National Human Rights Commission, Emmanuel Joof, the Commission said the attack constitutes a “threat to press freedom and therefore unacceptable in a democratic society”.

“Journalists play a pivotal role in our democratization process and their work must be respected by all and sundry as expected in a democratic society,” said the NHRC on Tuesday.

The Gambia Press Union issued a statement last week condemning the attack and asked the authorities to investigate the incident.

On Monday, November 25, 2019, the spokesperson of the Government, Ebrima Sankareh, issued a statement of apology to media houses and journalists affected.

“NHRC calls upon all political party supporters and everyone to respect the rights and freedoms of journalists as guaranteed by law and to avoid actions that compromise their individual safety.

We also call on the Government to investigate this incident and bring the perpetrators to justice in order to avoid future recurrence,” said the NHRC.

“The NHRC urges the authorities to ensure that journalists covering the Presidential tour, and any future activities, can do their work without fear of attack.”

The NHRC, established by an Act of the National Assembly in 2017, is an independent and permanent institution that is mandated to promote, monitor, investigate and protect human rights, as well as create a culture of human rights in The Gambia. 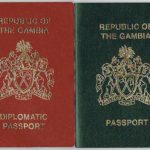 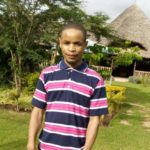