Reports say Nigerian authorities in West Africa closed down their side of the border toward Ikom from Cameroonians in Central Africa, precisely those trying to cross over for business from the border town of Ekok, Sunday November 3, 2019, till date.

The border was sealed at Ekok by the Nigeria Immigration authorities, a source told National Telegraph, adding that no reasons have been advanced to explain the act.

Over a hundred vehicles have been spotted along the border road at Ikom, Nigeria waiting for signals that the gates have been opened. Muhammad Babandede, the Comptroller-General of the Nigeria Immigration Service (NIS) has made no comment on the matter.

The pain and frustration caused by this can be seen clearly on the faces of businessmen and women who trade between Cameroon and Nigeria some of whom have been trapped within the two border towns for several hours.

A source recounts to us that this is not the first time this phenomenon of closing the borders at will and letting it open by Nigeria Immigration Services.

The situation is now gradually degenerating into a precarious one as some officers now make use of the situation to extort money from those who risk to trek across the two border towns passing through the border gates. 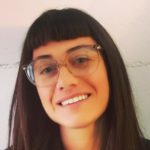 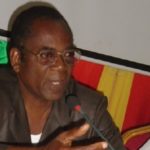