A renowned Nigerian Lawyer defending leaders of the Southern Cameroons Independence Movement arrested in Nigeria, extradited and detained in Cameroon has stated facts, insisting there are clean and clear and would leave the Judge with no choice than to uphold Justice.

Barrister Abdul Oroh was speaking to National Telegraph from his Abuja residence during an exclusive telephone interview with its Editor-in-chief, Saturday January 19, 2019. The Lawyer spoke on the heels of an upcoming hearing in the Federal High Court of Abuja on Monday January 21, 2019.

I’m optimistic the Judge would serve Justice, he said, adding that it’s a clear case. The Lawyer went on that even if his clients were criminals and needed to have been deported, they should have tried them at a competent court to determine the deportation.

“We’re looking at the African Charter of Human and People’s Rights, the Nigerian Constitution and the United Nations Convention of the Status of Refugees in 1951 in its article 32 and 33, Barrister Abdul has told National Telegraph.

Emphasizing on article 33, Hon Abdul said it specifically forbids Refoulment, a French word which forbids the return of a a refugee to a country where he/she has reasonable fear of persecution or anywhere he/she feels unsafe.

The Lawyer also revealed that for violating the rights of his clients, they would be demanding the court to pay compensation amounting to more than One Hundred Million Naira (₦100. 000.000) per person after they must have been returned to Nigeria.

When asked about the independence of the Judge, Barrister Abdul Oroh said the Presiding Judge, Hon Justice Ijeoma Ojukwu of the Federal High Court, Abuja, Nigeria knows what’s the law, adding that all the processes leading to the extradition of his clients were decorated by arbitrariness.

The Barrister Femi Falana-led team in which Hon Abdul belongs to is ready. We’ve already filed the Affidavit. We’re only waiting on the Federal Government’s submissions, he told National Telegraph. Sissiku Ayuk Tabe Julius and nine others were arrested in Nera, a hotel in Abuja, Nigeria on Friday January 5. 2018.

They would later be extradited to Yaoundé, Cameroon, an act that has been described as . They’re being accused of fueling an armed conflict that has out in Cameroon. They’ve all denounced their Cameroonian Nationality, insisting that they’re of Southern Cameroons aka Ambazonia, a self-proclaimed new nation. 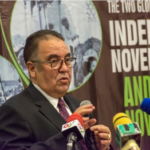 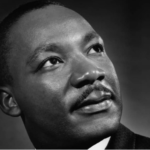