The usual full of life Lagos and many other cities across Nigeria were seen completely dead, National Telegraph’s Nene Okereke witnessed. The movement of persons and vehicles that are timidly returning to the normal hustling and bustling were grounded.

National Telegraph noticed while in the field that Nigerians across the thirty-six (36) states observed a lockdown due to the postponed elections.

The busy town of Lagos where National Telegraph’s Nene was billed to cover the elections was as quiet as a graveyard. Shops were closed, the usual endless hooting of cars, commercial vehicles, human traffic jam and were conspicuously absent.

Events like weddings, burials, naming ceremonies and other celebrations that characterize Saturdays in Nigeria were not experienced, National Telegraph noticed.

All these were due to the presidential and other elections that never took place despite the anxiety of citizens to exercise their civic rights. It is worthy to note that it is the first time Nigeria has experienced such a lockdown, causing huge economic loses, National Telegraph learned.

Speaking to National Telegraph amongst other news organs at about 2:40AM Saturday February 16, 2019, in Abuja, Prof. Mahmood Yakubu, Chair of INEC said the commission met on Friday, February 15, 2019 and reviewed its preparations for the 2019 General Elections earlier scheduled for today before postponing it.

Prof Yakubu added that “Consequently, the Commission has decided to reschedule the Presidential and National Assembly Elections to Saturday, February 23, 2019. The Governorship, State House of Assembly and Federal Capital Territory (FCT) Area Council Elections have been rescheduled to Saturday, March 9, 2019, National Telegraph gathered. 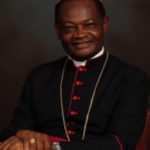 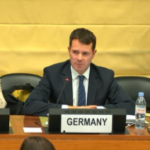 Bishop Andrew Nkea Is In The Washington DC Area, These Are Things He Would Be Doing!