The Cameroon Government has been accused of numerous Human Rights violations, including targeted killings and the burning down of entire villages according to credible reports from the US Ambassador to Cameroon, Peter Henry Barlerin, reputable Human Rights Lawyer Agbor Balla and Bishops of Mamfe and Kumbo.

Meanwhile, insecurity has heightened and kidnapping and ransoming have become alarming with Separatists and the Cameroon government trading accusations as to who’s responsible for such kidnappings. In all these, the Norwegian Refugee Council has document fresh concerns that there’s need for International Intervention in the crisis. Below is a full text published by NRC

“When brutal fighting displaces hundreds of thousands of civilians, it usually sets international alarm bells ringing. But this does not seem to apply to Cameroon. There is no mediation, no large relief programme, no media interest and little pressure on the parties to stop attacking civilians,” said Secretary General of the Norwegian Refugee Council Jan Egeland, who visited the South-West region of Cameroon this week.

The crisis in the English-speaking parts of Cameroon started with peaceful protests in late 2016, but has escalated to a violent conflict between the government military and non-state armed groups. More than half a million people have fled their homes, according to figures from the UN.

“Hundreds of villages have been burnt, close to a million children are out of school, and tens of thousands are hiding in the bushes without any support. The international silence surrounding atrocities is as shocking as the untold stories are heart-breaking,” said Egeland.

“A group of displaced and disillusioned women told me that they felt abandoned by the UN and international organisations. They asked me, what is Europe doing? Given that the country was first colonised by the Germans, then divided by Britain and France, they expect their former colonial masters to take some responsibility for the conflicts that the imported language and political barriers had caused.”

Large rural communities have fled their fertile lands and now depend on urban relatives or humanitarian relief. But there is so far only a handful of aid organisations undertaking sizable relief programmes.

“We need to scale up the humanitarian response, and there is a need for independent reporting from the international media. But most of all, we urgently need stronger international diplomatic engagement to help solve the conflict. This could start with the parties sitting down to agree on how schools can reopen, so that a generation of children will no longer be deprived of education,” Egeland said.

NRC is reaching out to conflict parties to better protect civilians and allow humanitarian organisations full and safe access to people in need. 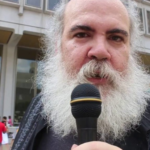 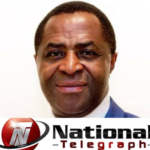 At some point if the LRC terrorists will not stop killing Ambazonians, we will have no choice but to start going into offices in Ambazonia where LRC citizens work and taking them down.

• The Bamilekes are cowards–go back to your dirty muddy stinking villages, NOW.

• Amour Mezam MUST be destroyed–burn their buses.

• No more Dschang quarters in Kumba.

• ALL Bassas in Tiko go back to LRC.

• All LRC students and lecturers in Bamenda and Buea Universities must go. They must not be allowed to stay
in our neighborhoods.

• If there are any LRC citizens in your neighborhood, inform Amba boys and they will take care of the
bastards.

• We are at war.
Please, spread this message around.

Are you doing reverse psychology, linguistic time traveling to engineer and fabricate fake alibi so as to back up something someone wants to carry out while blackmailing someone else or what?

No true Amazonian dare such thoughts. This is the first time someone is making such a list, and it is a long one.

We are already dealing with the terrorist Biya and his BIR mad dogs. Everything the Norwegian Refugee Council stated here is happening because some people are hoping and wishing that we Ambazonians lose our mind and do what is on your list.

Relax dude. We Ambazonians are warriors, we know how to fight and mourn, grieve our loved ones. We can not allow ourselves to complain of evil and evil doers only to become evil and do evil.

You are right dear, ambazonians are not savages, we have to show that we are more humanistic and peaceful than LRP