Only 6% of a 2020 targeted children population of 355,000 affected by crisis in Cameroon’s two English-speaking regions have had access to quality formal or non-formal basic education, the UN Office for the Coordination of Humanitarian Affairs (OCHA), said in a report.

The document dubbed Cameroon: North-West and South-West – Situation Report No. 20, As of 30 June 2020, also states that over 15,780 individuals from 2,625 households were reportedly displaced in the North West (NW) and South West (SW) regions in June due to ongoing violence.

OCHA also said residents continue to suffer the severe humanitarian consequences of the socio-political crisis in both regions since 2016, adding that parties to the conflict have failed to heed to repeated global calls for a ceasefire as a result of the outbreak of COVID-19.

Cameroon’s two English-speaking regions of the North West and South West are engulfed in an armed conflict with a demand by a majority for a separate state called Ambazonia, a crisis that has led to thousands of deaths, torching of hundreds of villages, millions of displaced people and thousands of political prisoners.

In July, talks between jailed leader of the Ambazonia Republic, Sisiku Julius Ayuk Tabe and members of his retinue with representatives of the government for a ceasefire were thwarted after government failed to adhere to a four-point agenda from the separatists.

Increased tension and confrontations were observed in June as rebels enforced lockdowns in response to a government mission to the unruly regions to sensitize communities on a Presidential Plan for Reconstruction and Development (PPRD), parts of the report say.

OCHA’s report also highlights protection as a major humanitarian concern, including civilians caught in crossfire and others summarily executed by both the military and non-state armed actors.

The report further expresses worries over the advancing of COVID-19, stating it’s also at the centre of humanitarian operations in the regions especially as the risk of the virus  further spreading in the two regions remains high.

OCHA also opined 99% of Gender-Based Violence (GBV) partners do not have enough resources to mitigate COVID-19 risks in their intervention, adding 55% of assessed health facilities do not have post rape kits.

An increasing trend in GBV incidents, including high risks of domestic violence, denial of resources, unwanted pregnancies, child sexual abuse and sex for survival in the current COVID-19 context in the regions was recognised, the report has said.. 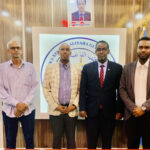 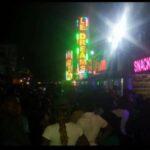