Home » One of Nine Children Laments Over Belo Mayor’s Death.

One of the nine children of the Mayor of Belo, a council in North West Cameroon has lamented over the father’s death. Speaking on conditions of secrecy, the Mayor’s child said the incident of their father’s death is heartbreaking. Benard Tosam died in a Hospital in Cameroon’s capital, Yaoundé, Wednesday January 16, 2019, his child told National Telegraph.

The Mayor who came to the driver’s seat of the council on the ticket of the Social Democratic Front (SDF) Party, Cameroon’s main opposition party at the time is vividly remembered for dragging the then Senior Divisional Officer for Boyo, Joseph Oum II to the National Communication Council for what he described as a miscarriage of administrative decisions.

The Mayor was hospitalized in Yaoundé after he returned from the US for treatment, National Telegraph has been told. Sources say Benard has been sick for over a year before his final demise. Family members confirmed he was under some form of therapy but none has given a detailed account of his ailment.

Survived by two (2) wives; Comfort Tosam and Tosam and nine children, the Mayor who hails from Anyajua built market sheds, the new council office, open roads. In over 16years of his mandate, he also employed over more than two thousand (2000) students during his special Holiday Program, built culverts, amongst others. 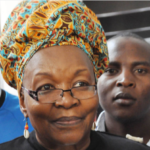 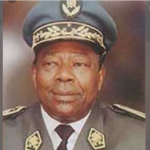 Thanks for the accurate news