The President of the West African country of Burkina Faso wants to postpone the presidential election in order to cling to power, an opposition leader said Tuesday, December 17, 2091, at a meeting for the Framework for the consultation of the leaders of the opposition in Burkina Faso’s capital, Ouagadougou.

Zéphirin Diabré, a Burkinabé politician who served in the Government of Burkina Faso as Minister of Finance during the 1990s says  President Kaboré’s regime wants to use the pretext of the fight against terrorism to push back the presidential election scheduled for 2020 and cling to power.

Diabré stood as a candidate in the November 2015 presidential election, placing second behind Roch Marc Christian Kaboré. The President of the National Assembly, Bala Sakande, declared a few days earlier in the Center-West of Burkina Faso that if the insecurity persists, the presidential election will not take place in 2020:

To the opposition, The People’s Movement for Progress (MPP) – President Kaboré’s party and its allies will not be able to beat the opposition in 2020, except by resorting to massive fraud. They, therefore, seek by all means to avoid elections, the opposition has echoed.

“The scenario is discussed in the cenacles of power, and the fight against terrorism is an alibi for them, not to face universal suffrage,” the press release said. The leader of the Union for Progress and Reform, Zéphirin Diabré, said a new team is needed at the head of Burkina Faso because the Kabore’s regime cannot win the war against terrorism.

Zéphirin Diabré says any attempt at postponing the elections because of the fight against insecurity is a conspiracy against democracy: “Burkina is not the only country in the world exposed to terrorism. But in all the countries of the sub-region and of the world which are in the same situation as us, elections take place however on a good date,” said Zéphirin Diabré. 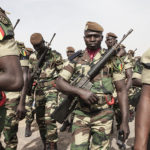 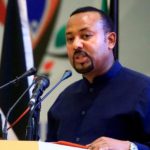