Home » Outrage In Cameroon Over Hint That Anglophone Journalist Arrested By Military Died In Jail.

Several journalists and rights preachers said, Tuesday, June 2, 2020, they were outraged by a hint from Cameroon’s most popular and independent television that Samuel Ajiekah Abuwe is dead.

The Cameroonian journalist nicknamed Samuel Wazizi has been in detention on undisclosed charges that authorities say are related to an armed conflict in the country’s two English-speaking regions of the North West and South West.

Equinoxe TV, headquartered in Douala, an economic fulcrum in the Central African country’s Littoral Region said in its Tuesday 8 PM News that an authoritative source disclosed the journalist died in the country’s capital from injuries resulting from his arrest few days in detention.

Authorities have not responded. The Cameroon Association for English-Speaking Journalists (CAMAESJ), has also not commented on the matter.

Amos Fofung, a US-based journalist who writes for a number of news organs including the Pan African Visions described the news as unacceptable.”This is totally unacceptable. Authorities in #Cameroon need to provide journalist Samuel Wazizi NOW!!!,” Fofung said.

Fofung is among journalists who have suffered unlawful arrests and detentions in the hands of Cameroonian authorities who cited connection to the Anglophone crisis.

Fofung who at the time worked with The Guardian Post, the country’s leading English Language daily was arrested in Buea on February 9, 2017, alongside his colleague of The Sun, Atia Tilarious Azohnwi.

Agbor Nkongho, the country’s most outspoken rights enthusiast tweeted late Tuesday demanding explanations from the state on Wazizi’s whereabouts. “What really happened to Samuel Wazizi? We need answers from the Government. We say no to Impunity and Yes to Accountability,” Nkongho said.

The Committee to Protect Journalists (CPJ), an independent nonprofit organization that upholds a free press, tweeted in its African page that the government of Cameroon owes answers to the journalist’s family, colleagues, and to the international community.

“The #Cameroon-ian government must confirm this publicly. It owes answers to Samuel Wazizi’s family, his colleagues & friends, as well as the international community that continues to ask #WhereIsWazizi? @PR_Paul_BIYA must provide proof of life & finally tell the world the truth,” CPJ said.

In a statement on August 6, 2019, Chillen Muzik and TV (CMTV), a privately-owned network based in Buea, the capital city of the country’s restive South West Region where the victim worked for until his arrest said Wazizi was arrested by the Muea police at 11:00 AM on August 2, 2019, under the guise he was being invited by their boss who needed information on a certain news item.

Wazizi is a pidgin news anchor for the popularly known show, “Halla Ya Matta”. His legal team said he was accused of collaborating with separatists and spreading separatist information, an offense punishable under the country’s anti-terrorism law.

June 2 marked exactly 10 months since the journalist was arrested. Since his transfer to the 21st Motorized Infantry Battalion in Buea nothing has been seen or heard of him, local journalists have told National Telegraph.

Cameroon has been battling to contain an armed conflict in its North West and South West now in its third year where rebels are battling to establish the new state of Ambazonia. 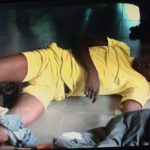 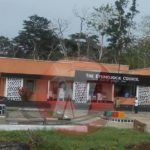