Home » Outrage In Uganda Over A Portuguese Man Who Bought A 16-Year-Old Girl.

Police in Uganda said it arrested a Portuguese national for marrying a 16 year old girl. This immediately caused outrage with many calling the act barbaric.

“Carlos Almeida Da-Costa should have been castrated there and then, of all women in Uganda, why did he go for a kid, can he marry a kid in his own country, I think we should stop handling foreigners with glove hands,” WADADA Rogers said on Twitter.

Police picked up Carlos Almeida Da-Costa on Wednesday, May 27, 2020, from his home at Najjera a Kampala suburb after being tipped off by residents.

Upon raiding his home, the police found the teenager in his bedroom. The police spokesperson, Fred Enanga said Almeida was then arrested and detained at Kira Police Station.

Almeida has revolted saying he lawfully owned the girl. He also revealed that he signed an agreement with the parents of the girl.

Enanga, while speaking to the press confirmed that Almeida presented a signed agreement bearing signatures of the girl’s parents, Yoram Betamu and his wife, Josephine Twongirwe both residents of Najjera.

According to the agreement, Almeida exchanged the girl with a three bedroom house located in Najjera.

But, Seyiga Abdul said on Twitter the agreement is totally void ab initio. A human being can not be the subject of a sale of goods agreement.

Humans are not goods. Those parents and the Portuguese should have gone through formal adoption proceedings in line with the supporting laws, said Abdul.

The parents told one of the neighbours that the girl was married off because she had overgrown to be in primary school.

Almeida and the parents of the teenager are waiting to appear in court, police say.

According to the Ugandan Constitution, a child is defined as someone under 18 years of age. 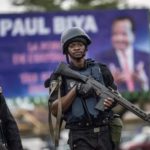 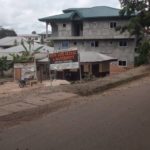