Cameroon’s Minister of Territorial Administration, Paul Atanga Nji has made far-reaching declarations in relation to the ongoing crisis that has engulfed the two English-speaking Regions of the country. “We are preaching peace, but we are telling to supporters of confusion, to warmongers and to well-plotted criminals that they will face the full force of the law”

The Minister sent this message to members of armed groups in the South West and North West Regions aka Ambazonian fighters on the occasion of New Happy wishes that held at the Conference Hall of his Ministry, Monday January 21, 2019.

During the event, Atanga Nji emphasized the necessity for Southern Cameroons Restoration Forces to drop arms. The Territorial Administration boss invited his collaborators to give full support to the National Committee for National Disarmament, Demobilization and Reintegration (NCDDR) put in place by Cameroon’s President, Paul Biya on December 1, 2018.

Minister Paul Atanga Nji also declared the stakes of his Ministry in the year 2019 which is, inter alia, the organization of peaceful legislative, municipal and regional elections across the country, including the unruly Anglophone regions, a thing armed groups have vowed is impossible.

Before Atanga Nji, President Paul Biya, in his address to the Nation on December 31, 2018, warned Restoration forces of “Ambazonia” saying; “If my appeal to warmongers to lay down their weapons remains unheeded, the Defense and Security Forces will be instructed to neutralize them.”

Since October 2016, Anglophone minorities in Cameroon are fighting against the Biya Regime for the Restoration of Independence of the statehood of the former British Southern Cameroons granted on October 1, 1961 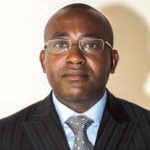 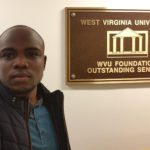