Aware of the fact that it’s because the Government of Cameroon ignored the grievances of the Lawyers and Teachers in the two English-speaking regions that led to the present armed conflict in the North West and South West Regions of Cameroon, the Ministry of Public Service and Administrative Reforms is doing everything to maintain a cordial relationship with workers.

The two English-speaking regions of the North West and South West have remained tensed following an armed conflict in which the majority of the Anglophones are asking for an Independent State called Ambazonia. As one of the standing orders from Anglophone militias, a boycott of Les Brasseries du Cameroun products, amongst many other consequences are visible to all Cameroonians.

According to a source at the country’s Ministry of Public Service and Administrative Reforms, Cameroon’s President, Paul Biya, 86, personally gave instructions to the Ministry’s boss, Joseph Le to on Friday, March 1, 2019, hold educative discussions with workers’ unions. The Unionists, National Telegraph gathered asked the Minister to look into the recruitment of contract teachers, harmonization of the retirement age, and the revision of the status of researchers.

Attendees also requested the regularization of their status, a reform of the civil service and the dishing out of quarterly bonuses, National Telegraph has been told. Joseph Le would later take to the rostrum to dish out a plethora of assurances, says the source.

Joseph told participants that he has taken good note of their problems, adding that he would meet with trade unionists in three weeks to continue discussions to find appropriate solutions. Going forward, Minister Joseph pleaded a similar meeting would be held every three months.

The event was also attended by representatives of the Cameroon Association of Temporary Teachers of Technical Education, Public Sector Trade Union Center, the National Union of Public Sector Researchers, amongst others. 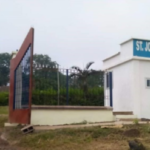 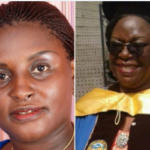