At least three elements of the Cameroon military have died alongside a Commander of the Ambazonia Militias in a battle in Muyuka, a restive town in Cameroon’s unruly South West Region, eyewitnesses have told National Telegraph.

The Ambazonia Commander popularly called Killer is said to have been killed by the military around Sand Sand quarter, a precinct in Muyuka, Saturday May 11, 2019.

Ambazonian fighters ambushed a military truck and killed three soldiers, before the military would later kill the Commander of the squad, National Telegraph has been told.

Reports say the Ambazonian Commander looked impenetrable as many bullets bounced off his chest but the military later caught him and physically injected formaldehyde (a chemical used to preserve bodies of deceased persons for both funeral purposes and in medical research in anatomical laboratories) into his body. 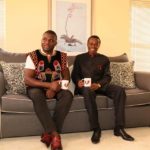 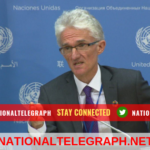