The President of the Central African country of Cameroon, Paul Biya, 86 has received a legate of the President of Equatorial Guinea, National Telegraph has learned.

“I received in audience, this day at the palace of the unit, the minister of state of Equatorial Guinea responsible for regional integration, baltasar engonga edjo ‘ O, carrier of a message of friendship and brotherhood of president obiang nguema mbasogo”, Paul Biya said in a Facebook post.

The envoy also conveyed condolences to Paul Biya and his country over the death of former Minister and Biya’s Ex-Director of Civil Cabinet, Martin Belinga Eboutou.

High moments of discussions were centered on the activities of the Economic and Monetary Community of Central Africa (CEMAC), cooperation ties between Cameroon and Equatorial Guinea and the growth of sub-regional integration, National Telegraph has been told. 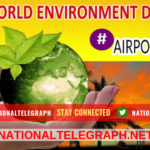 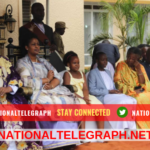