Police have opened an investigation following the mysterious death of a biker in Mfou, a town in Mfou Sub-division, Mefou-et-Afamba Division of Cameroon’s Centre Region. The victim whose name National Telegraph has obtained as Ginna Maximus Gibba, a bike rider in Mfou have been found in a pool of blood early morning of January 25, 2019

Originally from Deulu quarters in Balikumbat in Ngoketunjia Division of Cameroon’s North West Region is said to have received a phone call from a person yet to be identified in the evening of Thursday January 24, 2019. Reports say his body was found lifeless in his own pool of blood thereafter.

Eyewitnesses say his bike wasn’t taken away, adding that his phone has not been found as at the time of this report. Other sources are fidgeting that he must have been killed from land disputes. Reports hold that the indigenes of Mfou are against English-speakers acquiring land, owing to some past encounters related to this subject.

Crime wave is however high in this locality. Barely eight (8) months ago, a lady in the same neighborhood whose only name National Telegraph obtained as Christel was allegedly murdered by her boyfriend who accused her of squandering his money and turning down his marriage proposal. In the meantime, the corpse of Ginna Maximus Gibba has been deposited in a morgue in Yaoundé, Cameroon’s capital. 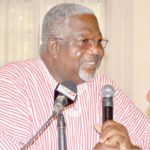 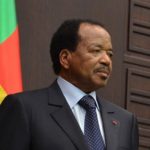