Pope Francis, the head of the Catholic Church and sovereign of the Vatican City State would have his envoy meet Paul Biya, President of Cameroon, a Central African country in a yet-to-be-disclosed , National Telegraph has learned.

The government of Cameroon has had a special discussion with the Vatican, National Telegraph gathered. Cameroon’s Minister of External Relations has been received in audience in Geneva, capital of Switzerland by a Vatican Prelate.

National Telegraph gathered that Archbishop Gallagher presented the wish of the Holy See to help Cameroon resolve the situation in the North West and South West regions.

The Holy See envoy, we are told also cheered the efforts so far made by the Government of Cameroon in the direction of the crisis. Msgr. Paul Richard Gallagher also applauded what he described as excellent relations between Yaoundé and the Vatican.

He also guaranteed that the Vatican would continue to help Cameroon in the domains of education through schools and universities. Discussions were also centered around an audience between the Nuncio and Cameroon’s President, Paul Biya. According to Msgr. Paul Richard Gallagher he has a letter to give President Paul Biya from His Holiness Pope Francis.

Paul Biya is a Cameroonian politician serving as the President of Cameroon since 6 November 1982. He has largely been criticized and dubbed by Cameroonians as the Modern Adolf Hitler. He has been accused of rigging elections to stay in power especially after he ordered security forces to arrest and put in prison, Prof Maurice Kamto.

Maurice Kamto is a Cameroonian politician and Chair of Cameroon’s main opposition party, the Cameroon Renaissance Movement known by its French ellipsis as MRC. He contested the last presidential elections when he declared himself winner but was later locked up for calling a peaceful demonstration in major cities in Cameroon.

There is also a global outcry to what is considered an ongoing Genocide in the two English-speaking regions of the North West and South West where the Cameroon military has been battling Anglophone militias fighting to restore the Statehood of the former British Southern Cameroons.

During these battles, the military has contravened all war laws and is are now targeting the population, killing women, children, burning some alive in their houses. Hundreds of villages have been burnt down by the military, including churches and hospitals and in some cases, health care personnel have been killed.

The Cameroon military has also unleashed contagious attacks on clerics, their family members, family properties and congregants. Most recently, the military attacked the family residence of the Auxiliary Bishop of the Metropolitan Archdiocese of Bamenda.

The family residence of Bishop Micheal Bibi in Bamessing, a war-torn town in Ngokentunjia Division, North West of the country, has been completely burnt down Tuesday, February 5, 2019.

In , a palm oil-rich community in Upper Banyang Sub-division, Manyu Division in Cameroon’s twitchy South West Region, the mother of a priest of the Mamfe Diocese, Rev Fr. Henry Mbanwi was amongst four persons shot and killed by the Cameroon military, Tuesday, January 29, 2019.

On Monday February 11, 2019, the family residence of another priest was attacked at Sanpit, Buea. The Cameroon military, National Telegraph gathered stormed the residence of Rev Fr. Wilfred Emeh Epie, a Catholic Priest based in the US and put his family under duress. Reports say soldiers threatened to lock up everyone if they didn’t tell them about the priest’s whereabouts. apparently, they would have shot and killed the priest if he were in, a source noted.

The Bishop of Mamfe, Msgr. Andrew Nkea confirmed that Fr. Cosmas Omboto Ondari, a Mill Hill Priest from Kenya, serving as the Parochial Vicar of the St Martin of Tours Parish in Kembong, some few kilometers from Mamfe, the headquarters of Manyu, South West of Cameroon was also shot and killed in front of the Church by the military at about 3 PM, Wednesday, November 21, 2018.

At about 7 AM just after mass on Friday July 6, 2018, Fr. Innocent Okeke from Awka Parish in Anambra State in Nigeria on secondment to the Mamfe Parish serving as the Parish Priest of Holy Name of Jesus Parish, Ossing in Eyumojock Sub-division, Manyu Division was arrested in front of the church, stripped naked and transported in a military truck to Mamfe where he was detained before the Bishop of Mamfe, Dr. Andrew Nkea intervened.

On Wednesday, July 19, 2018, soldiers harassed Christians in Okoyong, a Catholic Community close to Mamfe, headquarters of Manyu Divison, a restive district in Cameroon’s South West. The soldiers, reports say broke into the Priests’ residence of Saint Peter and Paul Parish Okoyong, looking for men who fled for safety.

Fr. Jude Tar, a former Abbot of the Cistercian Monastery in Mbengwi, now serving as the Curate of Njinikom Parish was shot on the leg by the Cameroon military. Rev Sr. Roberta, a Calasanzian Sister of Daughters of Divine Shepherdess was also shot on the leg while she visited her family in Njinikom, a restive town in Boyo, an unruly Division in Cameroon’s embattled North West.

Fr. Peter Paul Ibeagha, a Nigerian Priest at the Mamfe Diocese was amongst the first Catholic Priests to be attacked. He was attacked by the Cameroon military right in front of the Saint Joseph’s Cathedral, headquarters of the Mamfe See. The attacks on priests, parishes and their families abound.

Catholic Christians have also been killed in their thousands. The Cameroon military has killed three unarmed Catholic youths from the village of the country’s most famous Human Rights crusader and Lawyer, Agbor Balla, Monday, February 25, 2019, locals have told National Telegraph.

Ebot Theophile Mboh, Ewube Kluvert Ashu and Agbor Constantine Obika were shot and killed in Bakwelle, a farming community in Eymojock Sub-division in Manyu, one of the divisions in the country’s restive South West Region. The Human Rights Lawyer has made an official statement on this, directly blaming the soldiers.

Paul Biya, 86, has been blamed for fueling the crisis in the two English-speaking regions. The crisis only started as a peaceful Teachers’ and Lawyers’ strike before the highhandedness blew it off.

Thousands of unarmed civilians have been killed, hundreds of villages burnt down, many jailed for absolutely no crime while refugees are already near millions in Nigeria and other safety areas, Agbor Balla, the Rights Lawyer has confirmed these in many of his independent investigative reports. 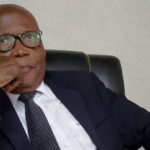 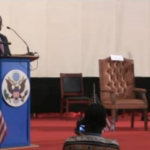 One of the most comprehensive and accountable reporting on the attacks on the Catholic Church and people of God, sofar. National telegraph is growing!