A popular Cameroonian Lawyer, Barrister Fru John Nsoh has been spotted by a National Telegraph stringer aboard an aircraft leaving Cameroon.

According to our source, Barrister Fru who’s lead defense lawyer for the leaders of the Anglophone Separatist Movement was spotted late Friday March 29, 2019.

Reports say the lawyer had to abandon the case of his client even before the judge could pronounce the date of the adjournment.

According to information provided by someone in the carrier that doesn’t want to be named, the flight is heading to an airport in the Washington DC Area in the US but didn’t provide any further details.

Another reliable contact with profound knowledge of the Lawyer said Fru is traveling to the United States of America to attend a conference in Maryland that would be in its second and final day today; Saturday March 30, 2019.

The All Southern Cameroons People’s Conference, an assembly aimed at bringing together all stakeholders of a Revolution spreading across the English-speaking regions of the North West and South West of Cameroon kicked off Friday March 29, and would end; Saturday March 30, 2019, at 4095 Powder Mill Road, Beltsville, Maryland.

Unrest in Cameroon’s two English-speaking regions of the North West and South West began in October 2016 as a disagreement in language but government mismanaged it, turning it into a demand by majority of Anglophones for a separate state called Ambazonia with several gun battles between government soldiers and Anglophone militias.

Meanwhile, ten (10) Anglophone leaders were at the Military Court in the Cameroonian capital of Yaounde before the court adjourned their case to Monday April 8, 2019 after heated debates, temporal boycott from the lawyers and after one of the defendants; Barrister Eyambe Elias suffered a malaise.

Sisiku Ayuk Tabe Julius and nine others are amongst twelve persons arrested at Nera, a hotel in Abuja, Nigeria on Friday, January 5, 2018, and extradited to Yaoundé, Cameroon, an act that has been described as a bootleg. 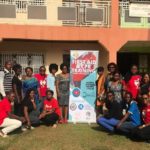 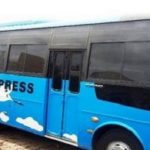 Mr Erric i’m enjoy you oooh,the way you sent out your news am verry happy for you.keep it up. God is your guidian

Unlike Akere Muna who is a(n) “all that glitters is not gold”, Fru John Nsoh is the man. He says it as it is. Unlike Akere, Fru John Nsoh does not need to say things that please the dictator of LRC. When the time shall come, he shall be the best candidate for Ambazonia Attorney General.