The President of the East African country of Kenya, Uhuru Kenyatta has commissioned new cadet officers who completed a three-year training in academics, character development, and field pieces of training.

The newly commissioned officers specifically graduated under the revamped Bachelor of Science in Military and Security Studies programme, a unique undergraduate degree offered by the Ministry of Defence in collaboration with Kenyatta University, National Telegraph has confirmed.

The President said that the military training is designed to serve national security needs and the region because most challenging crimes that trouble nations are cross-border in nature.

President Kenyatta praised the training standards saying they are recognised in the region and the whole world especially as it trains cadet officers from several African countries.

“The spirit of joint training reflects the true spirit of regional security partnership as enshrined in the East Africa Community Treaty,” he said.

Kenyatta said Kenyan troops will continue operating in Somalia until after the threat posed by the forces destabilising the country and the region are neutralised, adding Kenya’s priority among others is to boost regional security, reasons for its involvement in stabilising countries affected by conflict.

“In pursuance of this objective and that of the international community, our troops will continue being part of AMISOM until such a time that this objective has been achieved,” he said.

The best Allied Officer Cadet in order of Merit and winner of Commandant’s Award was Junior Under Officer Eliakim Mathew Ezekiel from the Tanzania People’s Defence Force.

“Courage calls for self-confidence, moral ascendency, self-sacrifice, honesty, fairness, initiative, decisiveness, and dignity. These values need to permeate all sectors of our society in adequate measures, in order to enable us vanquish the evils of terrorism, political intolerance, corruption, and lawlessness,” President Kenyatta said as he commissioned the officers. 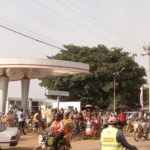 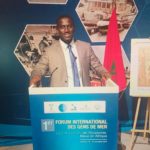