Donald John Trump, 45th and current president of the United States has announced his intention to cut trade benefits for Cameroon, citing gross human rights violations, National Telegraph has confirmed. In a message to Congress, Trump said he would end Cameroon’s designation as a beneficiary of the African Growth and Opportunity Act (AGOA) because the Government of Cameroon currently engages in gross violations human rights.

I’m taking this step because I have determined that the Government of Cameroon currently engages in gross violations of internationally recognized human rights, contravening the eligibility requirements of section 104 of the AGOA, Trump said.

Trump furthers that; “Despite intensive engagement between the United States and the Government of Cameroon, Cameroon has failed to address concerns regarding persistent human rights violations being committed by the Cameroon security forces. These violations include extrajudicial killings, arbitrary and unlawful detention, and torture.

President Trump said in the letter dated Thursday October 31, 2019, he was forced by these acts to end the AGOA with Cameroon. “Accordingly, I intend to terminate the designation of Cameroon as a beneficiary Sub-Saharan African country under the AGOA as of January 1, 2020, Trump said.

Trump concludes that his administration will continue to assess whether the Government of Cameroon engages in gross violations of internationally recognized human rights, in accordance with AGOA eligibility requirements.

Prior to this, precisely in February, the U.S. halted $17 million in security aid to Cameroon which used the money to fight against militant groups such as Boko Haram.  The AGOA was signed by former President Bill Clinton in 2000 and aimed to expand U.S. trade and investment in sub-Saharan Africa.

About 2 million people, mostly women and children have been either internally displaced or living as refugees in Nigeria and other countries, way over thirteen thousands (13000) killed, over four hundred villages (400) burnt down by the Cameroon military with something in the neighbourhood of five thousand (5000) held as war prisoners across detention facilities in the country. 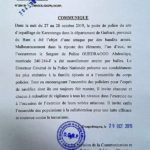 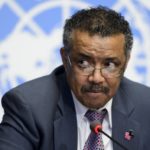