The President of the Republic of The Gambia, Adama Barrow, has met with Senegalese President Macky Sall, Tuesday, March 10, 2020, National Telegraph can confirm.

Discussions focused on issues regarding the relationship between both countries. Speaking at the closing of the meeting in Dakar, capital of Senegal, Barrow stated that the meeting facilitated an honest exchange of opinions on common objectives.

“With reference to our bilateral relations, regional integration, and global issues, I am happy to express my satisfaction with the fruitful discussions we had, ” Barrow said.

Barrow also said the meeting allowed them to review the cooperation agreements between both countries, common desires to strengthen them.

“I welcome our resolve to heighten the bilateral relations between us and to broaden multilateral collaboration through South-South Cooperation arrangements,” he said, adding that “I strongly support the push to foster genuine economic growth on the African continent for greater human development” 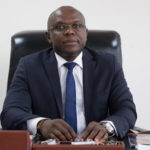 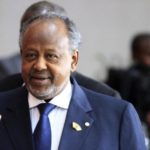 Djibouti Quarantines Soldiers At French Military Base After One In Spanish Special Forces Test Positive For COVID-19.