Refugees International (RI), a non-profit organisation based in the United States Federal capital of Washington District of Columbia with Eric Paul Schwartz, former United States Assistant Secretary of State for Population, Refugees, and Migration as current president has made recommendations to the Cameroon government, Ambazonia fighters, International Community, United Nations, among others, an article on the organisation’s website, Wednesday May 29, 2019, has shown.

Eric Schwartz’s organisation says Cameroon has long been viewed as a model of stability in a region fraught with conflict. Under the surface, however, tensions between its Anglophone and Francophone populations have simmered for decades.

The Anglophone minority, mostly concentrated in the North-West and South-West regions, has been marginalized, discriminated against, and economically disenfranchised since a referendum ended federalism and joined the two populations in a full political union in 1972, the article stated, among other concerns before proposing recommendations.

To the government of Cameroon, the organisation urged the regime to publicly recognize the severity of the crisis. Cameroonian authorities are responsible for addressing the needs of civilians.

Their failure to recognize the extent of displacement and humanitarian need has direct implications for the well-being of people in the North West and South West and contributes to the failure of the international community to support the response effectively, Refugees International has said.

The organisation also recommends both the Cameroon government and armed groups should guarantee unrestricted access. It opined that the Government of Cameroon and non-state armed groups must ensure safe passage for civilians, health workers, humanitarian organizations, and the diplomatic community throughout the restive regions.

The group says aid groups need to have contact with all parties to the conflict to negotiate access and cannot side—or be seen to side—with any of the parties, including Cameroon’s military.

Going forward, the group said donors must provide flexible funding to reach the $93.5 million the Office for the Coordination of Humanitarian Affairs (OCHA) estimates is needed for a thorough response in the North West and South West.

This immediate action is critical to ensure those organizations that have been using their internal funds are not forced to abandon the populations they have increasingly been able to reach, the group continued.

The organisation again proposed that the international diplomatic community in Yaoundé and political leaders in capitals worldwide must magnify the efforts of humanitarian organizations by echoing their requests for unfettered access to populations in need.

To Humanitarian Organisations and UN agencies in Cameroon, Refugees International recommends they train local NGOs on humanitarian principles and strengthen their implementing capacity. The pre-existing network of local organizations has allowed humanitarian groups to build trust and gain access to populations throughout the North West and South West, the statement says.

The organisation however said, “many of these groups have not been trained in humanitarian principles, resulting in occasional violations. It is vital that international humanitarian organizations and UN agencies provide local groups with training to ensure their compliance with humanitarian principles. They must also provide technical training to local actors working on protection issues to strengthen their ability to respond effectively.”

Also, it recommends they establish an INGO Forum with donor support, adding that many INGOs fear reprisals from the Cameroonian authorities for reporting on the crisis and the extensive needs of the affected population. Launching an INGO Forum, which could operate either from within or outside of Cameroon, would allow operational organizations to report collectively on the practical realities and challenges.

However, these rules have not been fully respected. Aid organizations must follow these guidelines to work alongside the Government of Cameroon and its armed forces. Given the significant impediments to access, doing so is vital to protect the already-limited humanitarian space, it furthers.

To the UN leadership, the organisation opines it establishes full-time positions within UN agency offices in the two regions, saying that despite the ongoing crisis, which shows no signs of waning, UN staff has been appointed to the North West and South West on a temporary basis only.

UN agencies in these regions, especially OCHA and the United Nations Refugee Agency (UNHCR), should create permanent positions for staff in their offices in the main North West and South West cities of Bamenda and Buea to ensure continuity and prepare for expanded operations, contingent on donor funding, parts of the statement say.

The statement also recommends the UN increases the visibility of the crisis, mobilize donor support, and call for unfettered humanitarian access. Severe under-funding, lack of international attention, and the stalemate between aid groups and Cameroonian authorities are crippling the humanitarian response, it suggests, adding that UN Secretary General Antonio Guterres must plan a visit to Cameroon to engage with President Paul Biya on these crucial issues.

The organisation went on that with donor support, OCHA should begin putting in place the mechanisms needed to establish pooled funds in Cameroon. It however stated that such funds are flexible and not earmarked, allowing both local and international aid organizations to respond to the most pressing needs in a timely manner.

The country’s Prime Minister was in the two English-speaking Regions in which during his visit to Bamenda and few other parts of the North West and South West was quick to ask for a return to normalcy and for the fleeing population to come out of the bushes while at the same time, the military was killing innocent people.

Gun battles have ensued and the government has been accused of numerous Human Rights violation, including targeted killings and the burning down of entire villages according to credible reports from the US Ambassador to Cameroon, Peter Henry Barlerin, reputable Human Rights Lawyer Agbor Balla and Bishops of Mamfe and Kumbo and just recently, The Human Rights Watch, yet, the Biya regime is resisting any call for dialogue. 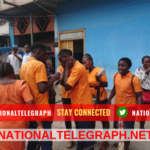 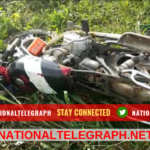