A very prominent member of the Pueblos Sin Fronteras group that assists migrants traveling through Mexico has blamed US President, Donald Trump over the deaths of some Cameroonian migrants.

Irineo Mujica said in a statement, Friday that; “What happened today with the African migrants is completely the fault of the Mexican government that has accepted the caprices and orders of President Trump,”

Three persons on board a single-engine boat transporting migrants from the embattled Central African country of Cameroon died, Friday October 11, 2019, after the boat capsized at about 7 a.m. near Puerto Arista, a fishing town that is part of the municipality of Tonala, National Telegraph has confirmed.

The corpse of one of the victims has been found after the boat capsized off the Pacific coast of Southern Mexico. Immigration officials who spoke to National Telegraph late Friday said the boat might have been traveling from Mexico or nearby Guatemala, smuggling the migrants up the coast of Mexico so they could avoid traveling by land through Chiapas.

Two others still remain missing amongst them Ngu Emmanuel Cheo from Mandakwen – Bamenda, capital of Cameroon’s North West. Seven men and a woman all Cameroonians who survived the incident are being treated at a nearby infirmary while investigations have been opened to get detailed firsthand account of the situation.

While Irineo Mujica apportions blames to the Mexican government and Trump Administration, others have blamed Cameroon’s President, Paul Biya over the political situation in Cameroon.

According to Silas Atefor, a Cameroonian activist based in the United States State of New York, those who died in Mexico were escaping from Paul Biya’s genocidal crusade. Cameroon’s two English-speaking regions are facing an existential threat in which the military has been accused of killing over thirteen thousand (13000) innocent civilians and burning over four hundred (400) villages.

There’s an armed conflict in Cameroon that needs urgent international attention to quickly arrest an explosive outcome in the not-too-distant future. Armed groups have been battling regular army in an attempt to reinstate the statehood of Southern Cameroons aka Ambazonia.

This has led to a brutal crackdown from the Biya Regime, resulting to a disastrous displacement of women, children and youths running away from targeted killings from the military. Most of them end up on the US/Mexico borders, Nigeria, Ghana and elsewhere.

Since the coming of Donald Trump as President of the United States, his Wall Ideology has congealed immigration policies and millions of  migrants trying to get to the United States have been stranded in Southern Mexico. Trump was heard congratulating Mexican officials for cooperating.

Reports say Mexican authorities are under immense pressure from the Trump administration and have refused to issue transit visas for them to travel and enter US rims  to seek political asylum or other forms of humanitarian protection. 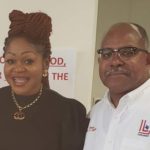 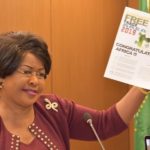