The U.S. Embassy in Monrovia, the capital city of the West African country of Liberia says it has temporarily suspended its non- immigrant visa operations, National Telegraph has confirmed.

The Embassy has also promised to make necessary updates, adding the temporary suspension does not reflect a change in U.S. visa policy in Liberia.

“All appointments will be rescheduled through our online appointment system. We regret the inconvenience this temporary suspension causes to applicants. The Embassy will continue to provide American citizen services and limited immigrant visa services during this period,” the Embassy said in a Facebook post, Monday, December 9, 2019.

The US Ambassador Christine Elder is said to have addressed a letter to the Principal Nyan Vahn and the Ganta Community Leaders, approximately 201 miles from Monrovia in Nimba County in Northern Liberia.

In her letter, she thanked the J.W. Pearson Extension School for the support of Aarij Abbas, a Peace Corps Volunteer before his recall.

The letter says Aarij Abbas is being called back to Monrovia, but she did not mention as to whether he will be called back to his post or a replacement is made.

The Peace Corps Volunteer was not only being recalled from Ganta, Nimba County alone but also Volunteers have been called from Lofa, Nimba and the counties in the Southeast.

Peace Corps Volunteers took an oath to contribute to the education sector of Liberia and were to teach 42 juniors and seniors high schools in the fifteenth counties of Liberia.

They were mainly posted in these schools to teach the science subjects; English, Physics, Chemistry, Biology, and many more and you don’t easily find teachers for these subjects.

A spokesperson from the U.S embassy stated “Recent Difficulties in reliably obtaining needed funds from banks upcountry and in Monrovia are affecting the ability of the Peace Corps to sustain Volunteers working far from Monrovia. 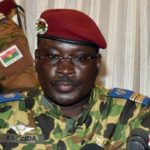 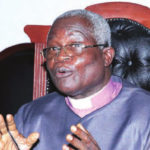