They are both Paul! Although one is Paul Biya from Cameroon and the other Paul Kagame from Rwanda, two things are as exact as their first names.

These Pauls are both presidents of their countries and have at least a quarter of a thousand of their citizens infected by the novel COVID-19 pandemic that has officially crossed 5 million confirmed cases globally.

To Ndansi Elvis, an Obama Scholar in the United States state of New York, Paul Kagame has flattened his namesake Paul Biya in the COVID-19 fight. What Eric Tataw dubbed in the headline CC – COVID Combat.

Regardless of sharing the same name, the fight against the virus has been done differently, and Rwanda seems to be winning.

Whereas Kagame closed his borders earlier enough to limit the spread, Biya allowed for enough infected persons to get in before he closed his.

Rwandans received relief food during lockdown to help them cope with the crises while Biya created a solidarity fund which his citizens have described as a scheme.

Kagame has addressed his people more than five times and is seen on the field taking actions against the pandemic.

Biya has not appeared physically in public and has only talked to his people once in a rare Tuesday, May 19, 2020 address on Television and Facebook.

Paul Kagame abolished French in his country and adopted English as a national language while Paul Biya has refused to speak English to his people for over his 38 years as president.

Biya is also doing all to continuously marginalize Anglophones in his country. He couldn’t even speak in English during his COVID-19 address. 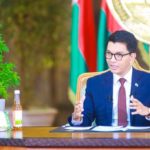 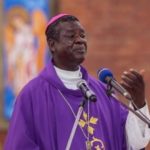