Security has been strengthened at the Consulate of Mali in Douala, capital of Cameroon’s Littoral Region, Tuesday, December 3, 2019, National Telegraph has confirmed.

An on-the-spot source says this comes after a Malian sexually assaulted a teenage girl of about 9 years, leading to her death in his business place.

The young girl, Tracy Cecile was last seen, Wednesday, November 27, 2019, when she went out to urinate and never returned. Several announcements were made to no avail, sources say.

Reports say it was not until the inhabitants of Nkolmondo in Douala II Subdivision got a pungent smell which led to the discovery of the young girl in the Malian’s shop already in an advanced decomposed state.

The irritated youths after burning dresses in the home of the alleged criminal went ahead in an attempt to set ablaze the office of the Malian Consulate in Douala, forces of law and order used teargas to scare the population away. 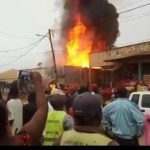 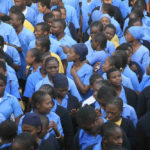 Parents Call For Probe Into Saga Of 50 GBHS Bayelle Students Infected With HIV By Cameroon Military.