Major events across the world have been called off due to coronavirus that has caused panic amongst people across the globe. The events have been canceled over the fear that they could spark the spread of the deadly coronavirus.

The events include; the Annual Mobile World Congress that was meant to happen in Barcelona from 24th to 27th of March 2020. The show is the world’s biggest mobile trade show.

The Facebook Global Marketing Summit, which was meant to take place on March 16, 2020, has also been mothballed. The company heads announced that tie as paused amidst an abundance of questions.

The Chinese Grand Prix, which is a global motoring competition that was scheduled for 17th April 2020, has also been called off. China’s National People’s Congress union that was for this week has also been canceled and this has marked the first time, the country has been forced to cancel such an event over the decades.

And also the Series A matches in European Countries have been canceled. Six league matches that were scheduled for this weekend have been called off.

So far, Coronavirus has claimed the lives of 2977 people globally, while 87137 have been infected with the virus. In Uganda, on March 2, 2020, over 500 people were quarantined, the commissioner, Disease Epidemiology and Surveillance, Dr. Allan Muruta said.

The 500 people who presented flu-like symptoms were quarantined. This came after a social media video that was captured at Entebbe International Airport went viral claiming that the Chinese nationals had contracted Coronavirus.

The Health Ministry later confirmed to the public after the Chinese Nationals tested Coronavirus Negative. Ruth Aceng, Health Minister in Uganda appreciated the public for being conscious and called upon them to report any suspected cases of Coronavirus to health centers.

So far six cases of Coronavirus have been confirmed in Africa, in Egypt, Algeria, Nigeria, Tunisia, South  Africa and lately Morocco. Another country rumored to have the virus is Cameroon but its health ministry has said nothing about the allegations. 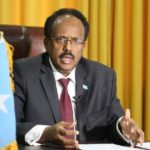 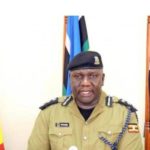