Family members of a former Cameroonian Senator who was rumored to have died have told National Telegraph it’s a hoax.

Early Saturday, April 25, 2020, a hoax was widely circulated that the senior statesman had died at a hospital in Limbe, a tourist destination in Cameroon’s South West.

The Matute family dismissed the rumor of the death of their father, calling it a desperate attempt by some social media doppelgängers to achieve only “God Knows What”

“It’s unbelievable how some so-called activists from Limbe can do Facebook live shows announcing the death of a man who’s very much alive. They really ridicule themselves,” said a family member.

Family sources, however, confirmed the former Senator has been sick but recovering, though they didn’t state the exact situation of his health. On Monday, April 6, 2020, news of the death of a Cameroonian Senator was also widely circulated.

A robust team of National Telegraph secret stringers with on-the-ground reports, however, dismissed the hoax and confirmed 101-year-old Victor Mukete was alive and as fit as a fiddle. 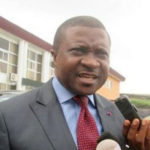 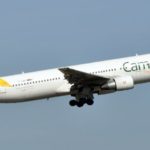