Home » She Looks Like An Ethiopian Airlines Hostess But Was Buried In Donga Mantung!

A Cameroonian female philanthropist, Kwefi Blessing Fanyu, 28, who died at the Yaoundé General Hospital on Wednesday, February 13, 2019, has been buried, a family member extending thanks to sympathizers and well-wishers told National Telegraph.

The beautiful philanthropist who isn’t dissimilar in looks to the hostesses who died in the Ethiopian Airlines crash of Sunday, March 10, 2019, was buried only one week before the crash, precisely on Sunday, March 3, 2019.

Blessing Fanyu was buried in her homeland of Njap in Donga Mantung one of the restive divisions of Cameroon’s embattled North West Region. The family had decided to bury her in Yaoundé, Cameroon’s capital after due considerations, a family member said Thursday, February 21, 2019, citing security concerns but was later ferried to her village after further considerations.

The corpse was removed from the Yaoundé General Hospital Mortuary, Friday, March 1, 2019, followed by a wake at her residence in Simbock, a quarter in Yaoundé, one of the interment facilitators told National Telegraph. A funeral mass was also held at Christ Embassy at Jouvence, a precinct in Yaoundé where the deceased had worshipped.

The family settled on Yaoundé where  Blessing Fanyu was to be buried at a cemetery at Ancien Sixieme, Yaoundé, family said citing insecurity, saying their decision is based on the armed conflict in the two English-speaking regions where Anglophone militias are battling the Cameroon army to restore the state of Southern Cameroons but later moved it to her village in Njap.

After the wake on March 1, refreshment was served at the residence of Bantar, the family head at Tongolo, a  in Yaoundé. Friends of Blessing the Humanitarian, Hairdresser, Philanthropist, and Businesswoman from Njap Village in Nkambe, Donga Mantung who died at the Yaoundé General Hospital after a brief illness leaving behind two children, her fiancé (father of her two children), family, friends, and fans to mourn her say they’re devasted. 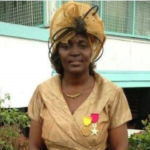 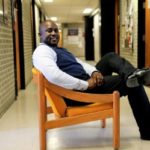