Home » Sisiku, Others Poisoned??? This’ What National Telegraph Confirmed From Kondengui!

Sisiku Julius Ayuk Tabe is an Ambazonian separatist leader and the first and current president of the unrecognized Federal Republic of Ambazonia.

The news of his poisoning, together with other Ambazonian prisoners went viral early Wednesday, January 22, 2020. “The Nera 10 and all the Ambazonians at the Yaounde Principal Concentration Camp have been poisoned.” the post that’s without a byline suggests.

The post continued that; since this morning of 22 January 2020, all of them are vomiting blood and complaining of serious stomach pains. Sisiko, Dr. Kimbeng, and Dr. Ndeh Che have already collapsed. The Prison Officials are refusing to take them to the hospital for treatment. Pray for our leaders!”

National Telegraph has investigated that there was an incident at the Kondengui Principal Prison, a high-security detention facility in Cameroon’s capital, Yaounde, hosting the rebel leader and President of Ambazonia, Sisiku Ayuk Tabe Julius.

On Tuesday, January 21, 2020, at about 4 PM GM+1, a group of unknown inmates stormed the cell of Sisiku and co, broke into their saves and took away all of their feeding money and some valuables.

National Telegraph gathered from a secret stringer that Sisiku and co were out eating while the unknown inmates carried the act. On returning to their cells, they discovered everything and everywhere ransacked and most of their foodstuffs tampered with, our source said.

Sisiku and the others fondly referred to as the Nera10 decided to dispose of all the foodstuffs for fear that the invaders might have poisoned the items. The news of their poisoning is fake, National Telegraph has confirmed.

Reports also hold that none of these items have been found and prison administration has remained completely indifferent to the theft right under their noses.

Sisiku Ayuk Tabe Julius, the President of the Interim Government of the Federal Republic of Ambazonia, an outlawed government fighting for the restoration of the statehood of former British Cameroon and nine other members of his retinue are currently serving life sentences.

Sisiku Ayuk Tabe Julius and eleven others were arrested in Nera, a hotel in Abuja, Nigeria on Friday, January 5, 2018. Ten of them would later be extradited to Yaoundé, an act that has been described as a bootleg.

They’re being accused of fueling the armed conflict that has broken out in the two English-speaking regions. They’ve all denounced their Cameroonian Nationality, insisting that they’re of Southern Cameroons aka Ambazonia, a self-proclaimed new nation.

Unrest in Cameroon’s two English-speaking regions began in October 2016 as a disagreement in language and other grievances but government mismanaged it, turning it into an armed conflict with a demand by the majority of Anglophones in the North West and South West for a separate state called Ambazonia as it was in 1961. 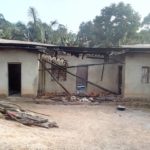 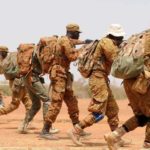