Most parts of the DMV Area ( Washington DC, Maryland, Virginia) in the US are now covered with snowflakes that have been falling since 4PM Saturday January 12, 2018. Earlier, meteorologists announced a forecast indicating heavy snow this weekend. Walkways of homes and apartment complexes are all blanketed by snow. Most cars have also been buried, National Telegraph has noticed.

Experts had warned that the snow would start from 4PM Saturday January 12 through 6PM Sunday January 13, 2019 and might range from between 5-10 inch. Weather experts insisted that Winter Storm Warning for snow means severe winter weather conditions will make travel very hazardous or impossible, adding that if one must travel, an extra flashlight, food and water must be kept in vehicles in case of emergencies.

County officials in Maryland, Virginia and the District of Columbia have been committed treating the roads. Fewer cars have been spotted on the roads and many workers have reportedly called off work. The National Weather Service forecast that majority of the snow would fall Sunday night. 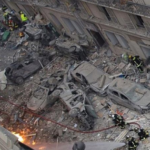 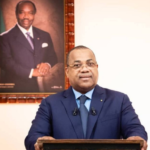 Thanks for the update (, NT)