Kenyatta and Muwenda discussed subjects of mutual interest among them, including the central role of culture in regional integration and peaceful communal co-existence, according to a statement by State House of Kenya.

Social media, last week spitted fire on the Ugandan government allegedly accusing it of poisoning the King. The romours claim Kabaka was very unwell, suspected to be prisoned.

On Friday while addressing the nation in a televised program, Uganda’s President Yoweri Museveni condemned social media idlers who announced the death of Kabaka, tasking police to find the key conspirators.

Although the Prime Minister of Buganda Kingdom, Katikiro Charles Peter Mayinga came on later to clear the air that Kabaka was well, the romours about the illness and whereabouts of Kabaka still gained momentum.

Kabaka has since emerged, appearing to be with Uhuru in Kenya but many have still maintained he had gone for treatment in Nairobi Hospital, with many replies seeming like what Beam Hilary posted, “Why are they trying to justify his good health leaving doubt? Let the kabaka be live on camera to clear any doubt”.

Kabaka Muwenda is the 36th enthroned of Buganda and he last month celebrated his coronation scientifically. 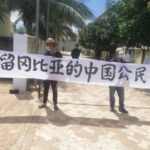 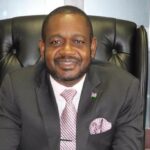