At least two fishermen were killed, Monday November 23, 2020, in the Cameroonian frontier village of Bamindjim in the country’s West Region sharing boundaries with Bafanji in the North West where it’s believed regular soldiers have been fighting Anglophone rebels.

Cameroon is in a three-year-old armed conflict in its North West and South West where rebels have been battling the regular army to establish the independent state of Ambazonia.

The incident, Monday indicates continuous reports of increased tension and confrontations in the country’s Anglophone regions in a conflict that has already killed over eighteen thousand people, according to activists.

Monday’s killings of the two innocent and unarmed men who simply went fishing is a routine activity of Cameroon soldiers who have listed all males from these regions on death lists, those familiar with the matter said the assault is not unusual.

The duo is from Bambalang in Ngoketunjia in the country’s North West Region, reports say. They have been listed as 23-year-old Mboukoh Issiaka and 19-year-old Fonkwa Nchwichui.

Additional information suggests when the military arrested them at Bamindjim, one was killed on the spot and another ferried and killed around neighboring Bafanji.

The Cameroonian government frequently targets anyone with any links to the separatists and such persons are placed on the regime’s wanting list, sources have said, adding that military targets now extend to most males in the restive regions. 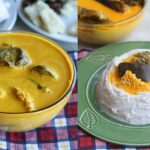 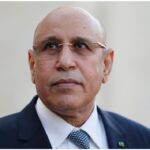